Voie Frison-Roche, the Start of the Route

This is the climb that I looked at and said ‘No way’ at the when we first looked at it. Not only is it at the top of my grade but it is very long, and steep and intimidating. Gradually as we climbed during the week and got used to the rock I started to think it might be possible. 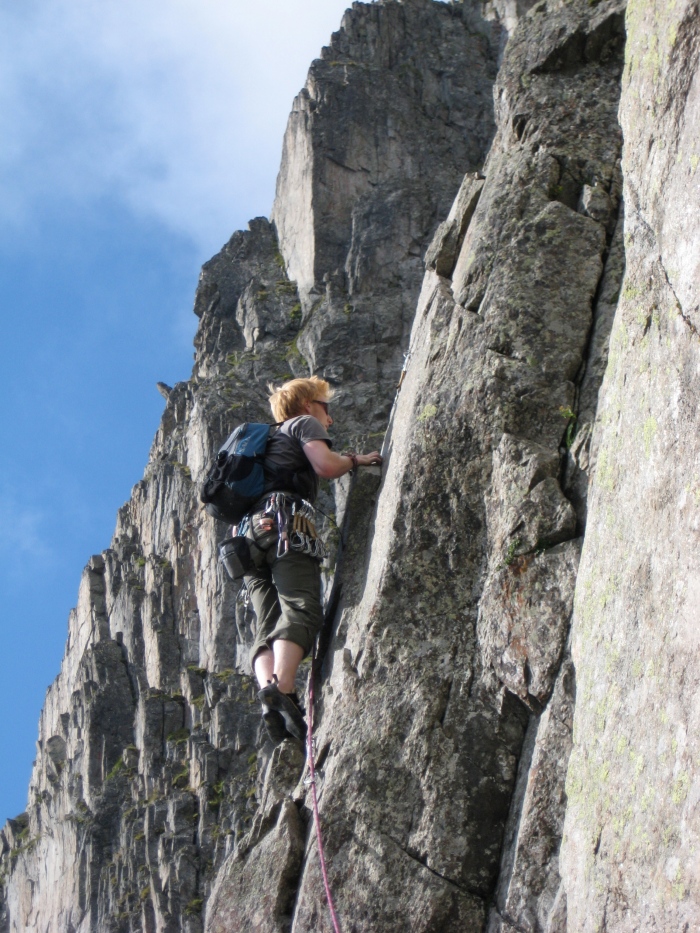 The first pitch of the Voie Frison-Roche 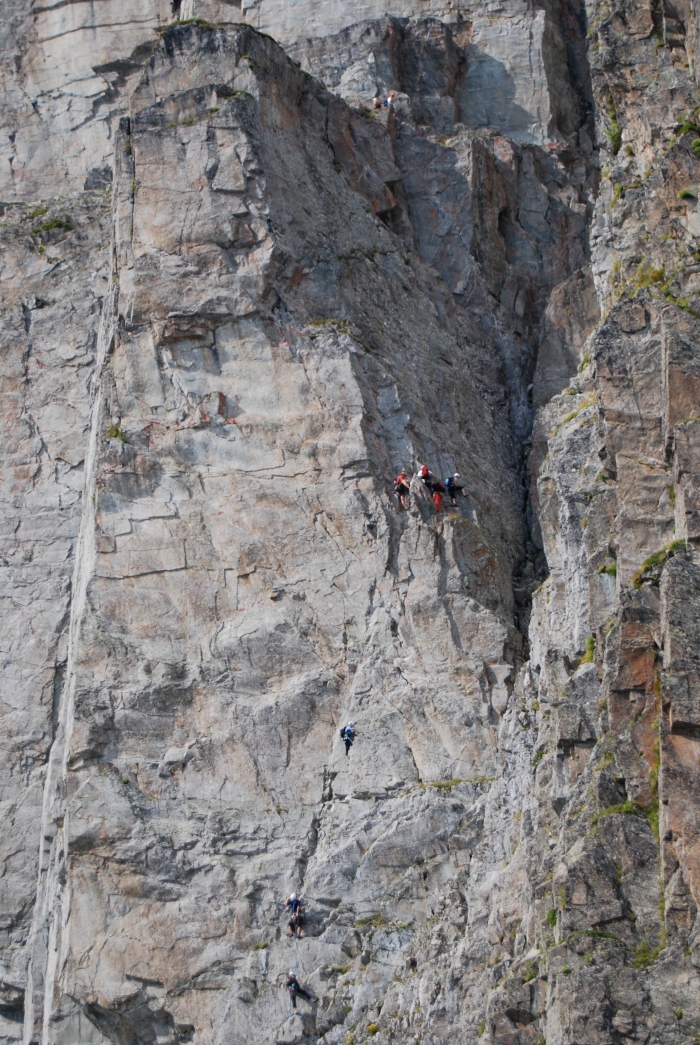 Jim approaching the crux section on the 4th pitch 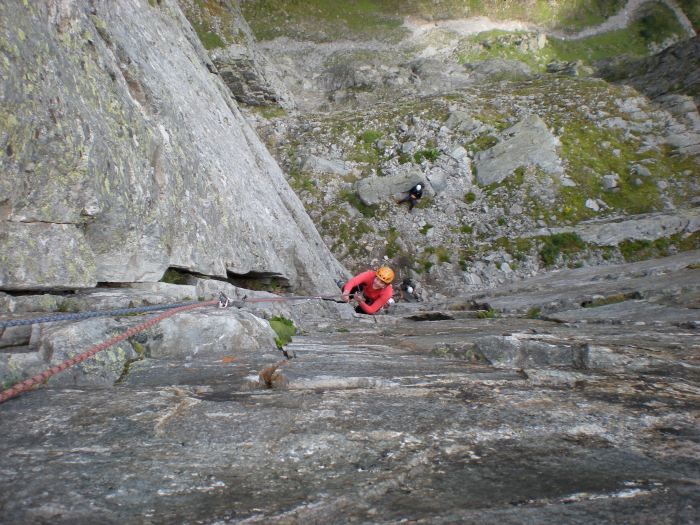 The cable cars were on their autumn schedule now so we couldn’t get to the crag as early as we wanted. Our plan to stow the bags at the top of the climb took a few extra minutes in which time the next cable car had arrived, shedding its load of adventure-hungry soldiers onto the path behind us. An unseemly race ensued as each party correctly guessed the destination of the other and started running towards it. We ran faster than them, but they knew a better shortcut, so that we had to wait in a queue. This gave us time to nervously assess the crux on the first pitch, which we were informed someone had fallen off the day before and broken an ankle.

The French soldiers on some kind of exercise, jostled impatiently behind us at the start, reprimanding us for not starting off on the heels of the climber in front. I refused, but this did not stop them from doing this to us as soon as they got the chance. For the whole of the climb, except the top pitch, they climbed so close that their hands were on the holds I wanted for my feet. I am proud to say that the crux pitch delayed them, more than it delayed us, and we had the final pitch away from them, having only to wait for another party of their comrades who were hauling a massive sack up the very long final pitch and then struggling to climb it.

The climbing was fabulous, each pitch being intense, sustained and varied, stances were varying in design and quality, all fun, except of course for the large knot of soldiers krabs placed over mine at every stance.
On the second pitch, the rock is quite unstable in places, and we had to be cautious when weighting anything with hands and feet; a traverse to takes you to the right to reach the belay; you can’t see it until you’ve edged out on the traverse ledge
The third pitch is 5c which continues up and right to a very solid belay “pit.”
The fourth pitch is the crux and while the guide book rates it the same as the first pitch, 6a, for the variety of climbing styles and difficulty over this one awesome pitch, some think it should go at 6a+. The crux was a steep layback crack, very strenuous,
I couldn’t see Jim after the first two moves, so had to pay close attention to the rope’s action to make sure I didn’t leave him without enough when he needed it.

The fifth pitch is a traverse to the left (behind the outcrop of rock in the photo) to get to the start of the last pitch, a magnificent 5c corner, straight up, a very long pitch.

When you get to the top, you are right beside the Cable car station, handy for a celebratory beer and a while spent contemplating the view of Mont Blanc across the valley.