Much deliberation about how to approach the attempt resulted in the following plan.  We would travel to Sligachan on the overnight bus, leave some bags there, for when we finished, and continue by local bus down to Elgol, stay in Coruisk House B and B, then get a specially arranged early speedlaunch over to Coruisk. There we would leave a tent, have a quick snack, and start walking up to the top of Ghars Bheinn. Not the easiest approach as you near the top, the gullies are so steep with large mobile boulders. 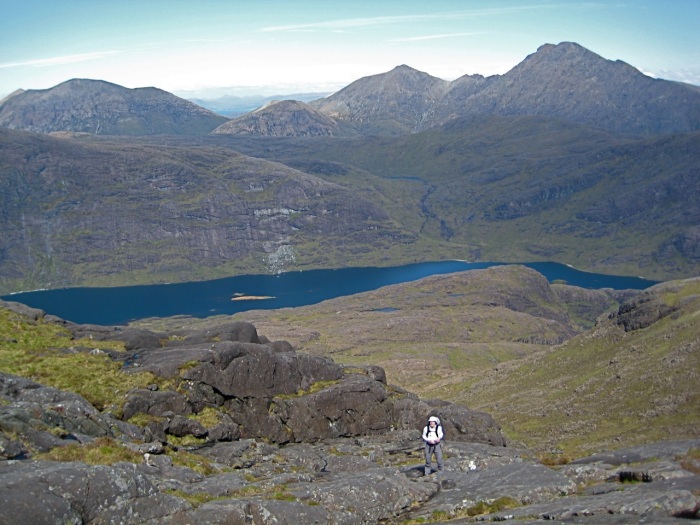 Jim walking up towards the top of Ghars Bheinn

Our Bivvi near the top of Ghars Bheinn, Cuillin

We find the same bivvi circle we had used a few yeas ago, a low wall of stones, perched right on the top of the ridge, with views to the sea on either side.

It was a particularly windy evening so we spent some time blocking the holes in the bivvi wall so that we could light the stove. The wind blows hard all night, a lullaby that never sends us to sleep.

On the day of the attempt we got up at 2.45 am, stash the bivvi gear, and start walking to the first summit, at 3.30. Ghars Bhein is approached in the dark, but the light comes soon after this. as we wend our way up Sgurr nan Eag.

Cuillin View from South to North

Scrambling up the Dhubs, Cuillin Ridge 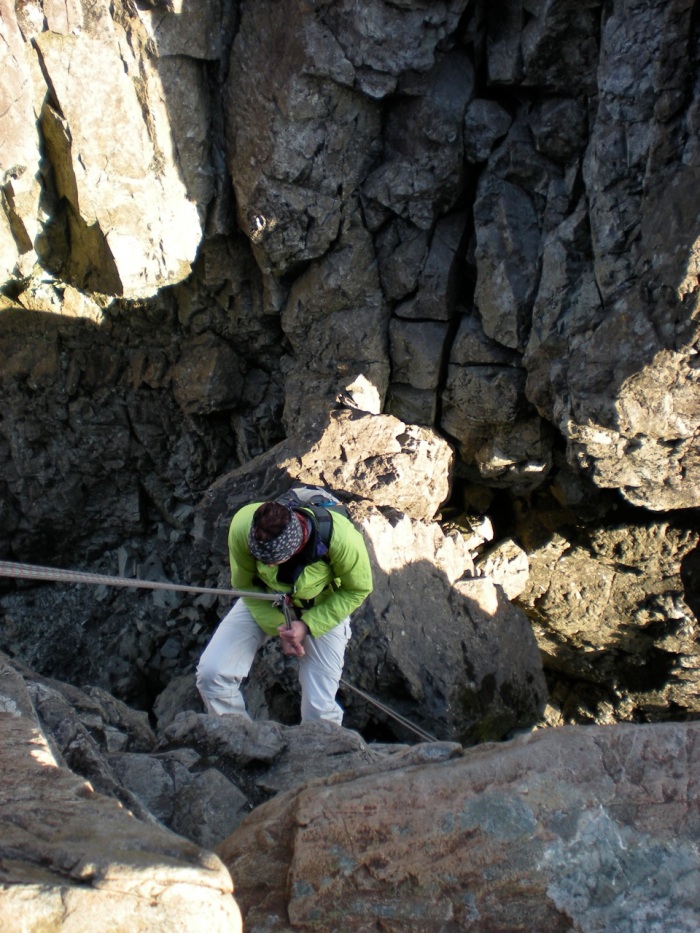 I abseil into the TD Gap, Cuillin

Shot taken by stranger who kindly sent it to me later 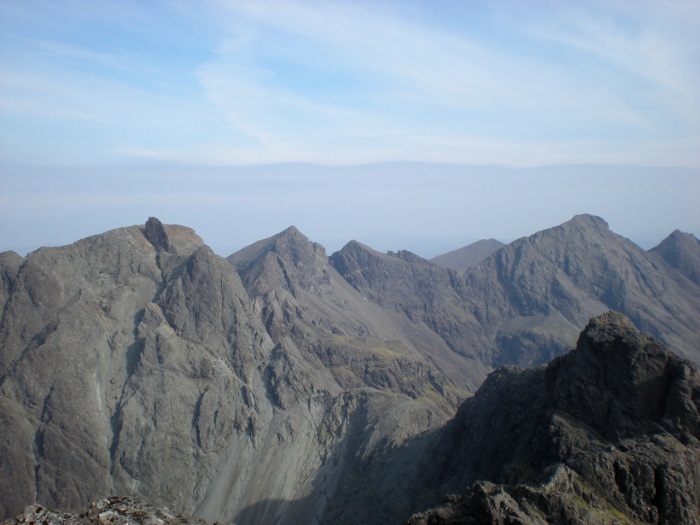 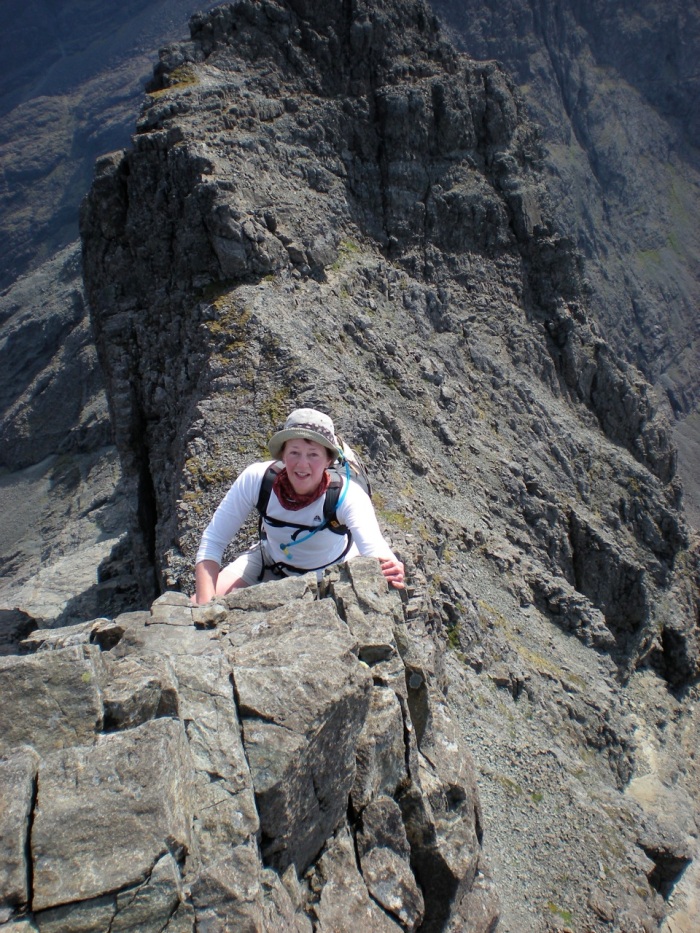 Jim abseiling from the Inn Pin

Just about to start the Abseil from the Inn Pin

During a recce of this part of the ridge, Jim had found the narrow way down to the base of King’s Chimney, so we did not have to abseil.

Moving away from Sgurr Deargh towards one of the hardest and most complicated parts of the ridge, where the named peaks have multiple tops and large dark downclimbs between each one. It was around here that a couple told us to look out for an old man on the top of Bideam Druim nan Ramh, who had been taken there by a party and then abandoned and who didn’t know how to get down. this was chilling news, and as we nervously looked up we could see, at the top of one of the almost sheer basalt staircases, a figure at the top, facing outwards, with a stick. At any minute we expected to see a body flying past us. We never saw him again, and don’t know what happened there.
Finally arriving at The Bhasteir Tooth , we edged out to the start of Naismiths Route

At the top of Naismiths Route is an obstacle that I rarely hear mentioned, the Mouth, a difficult one-move boulder style problem, that I have never mastered. So to circumvent that, one must remain roped, and climb an awkward overhanging chimney to the right of it.

Then we started to realise that time was running out, and on arriving at the foot of Sgurr Nan Ghillean, made the difficult decision that to continue in the dark was potentially too dangerous. So we descended to the Slig, where at midnght, they kindly made us cheese sandwiches and brought beer to our room.
So we still can’t say that we did it, but it was very very close.

The rest of our complicated plans involved going back round to Elgol on the bus the following day, taking the boat across to Coruisk, collecting the tent, (Why did we take a tent? can’t remember now) walking to the bivvi site on the top of Ghars Bheinn, back to Glen Brittle and trying unsuccessfully to hitch a ride back to Sligachan. This was probably almost as tiring as the ridge itself. Will we back for more? Who knows?