We used our rest day by splitting the Aubisque section in two, so now we have to keep going. Today is another big day so we make an early start in the dark with our lights on, climbing gradually up to Luz St. Sauveur, through a cold gorge. We breakfast here in the cold bright light. The Tourmalet is 22 km up, first through Barreges, where the road gets very steep and past a ski carbuncle. We had lots of stops to eat and photograph. We saw Jane and Richard coming up to meet and then pass us, and saw them again at the top, dangling their legs over the wall, eating. The final kilometre is 10% – tough at this stage. When we are all together we go for coffee in the woody summit auberge, and a motorbike lady takes our photo.

There follows an 18km descent before starting up the Aspin; also a long hard climb, scenic with woods and cows wandering. We descend to the warmth, feeling it in waves, down and down until we arrive in Arreau town with some lovely old timbered houses and covered marketplace. We go past the streets of small houses where an old lady tells the way. There is miserable guardian and we find a flat terrace for all our tents and bikes.

As we eat a celebratory meal in a very friendly restaurant a magnificent storm starts. Flash after flash of lightning and extremely hard rain that temporarily floods the ground beneath our tent and also leaks in by bouncing up round the sides. A pilgrim type traveller with a little trolley was driven into the toilet block by the storm, along with a large brown dog quivering on the shower floor. 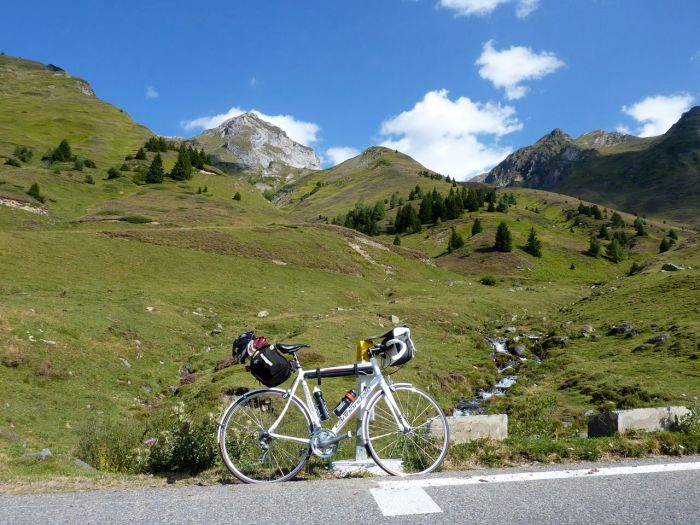 Col du Tourmalet about halfway up taken by a friendly passerby

Col du Tourmalet; The view behind 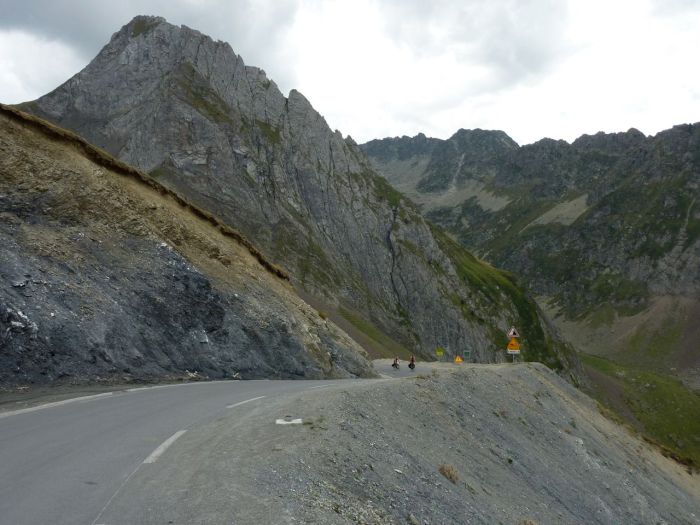 Jim arrives at the top of the Col du Tourmalet 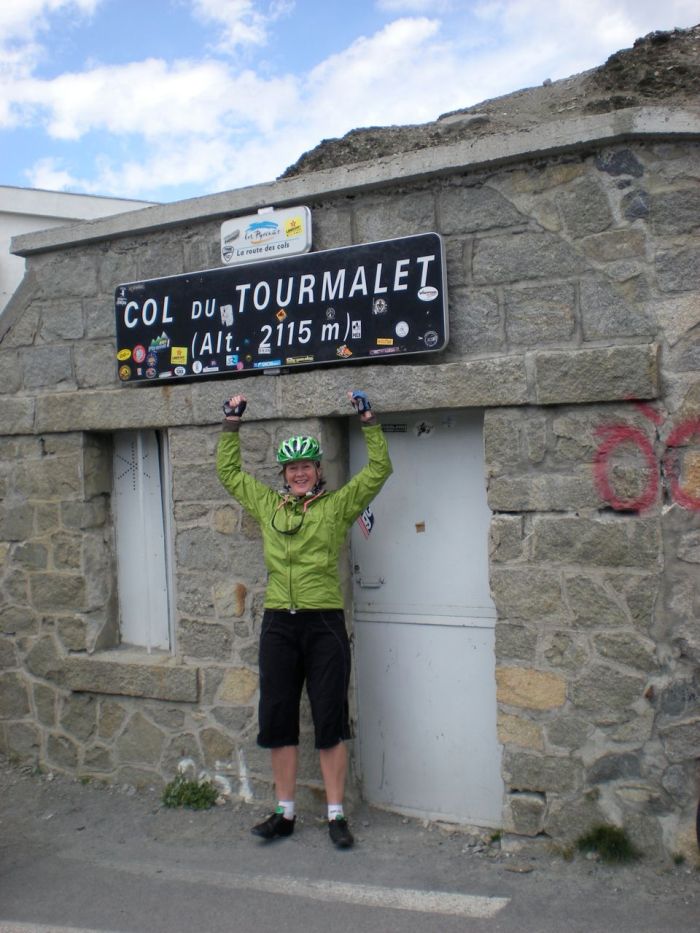 At the summit of Col du Tourmalet 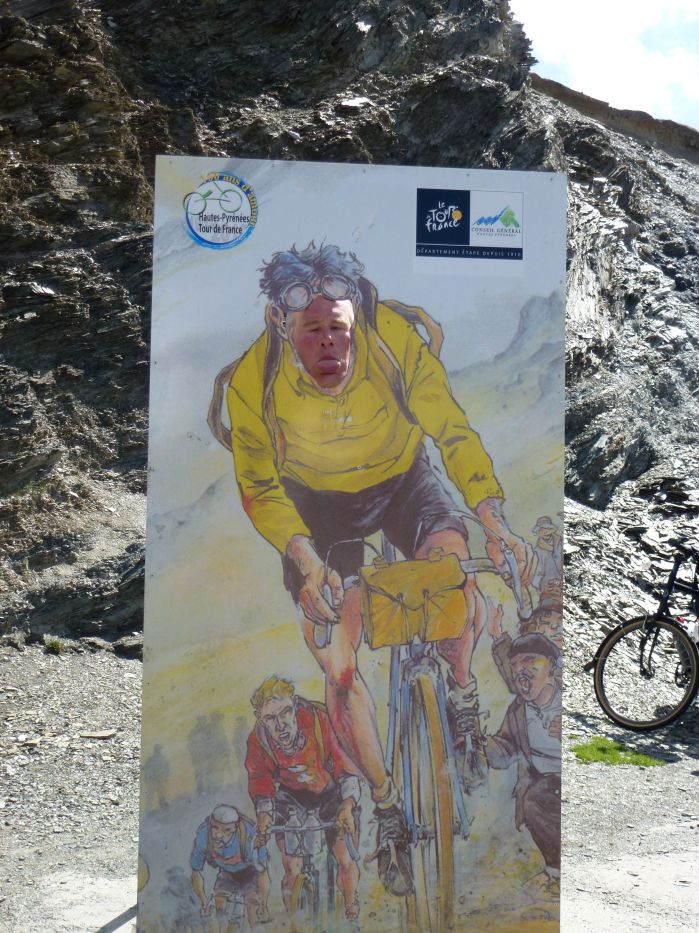 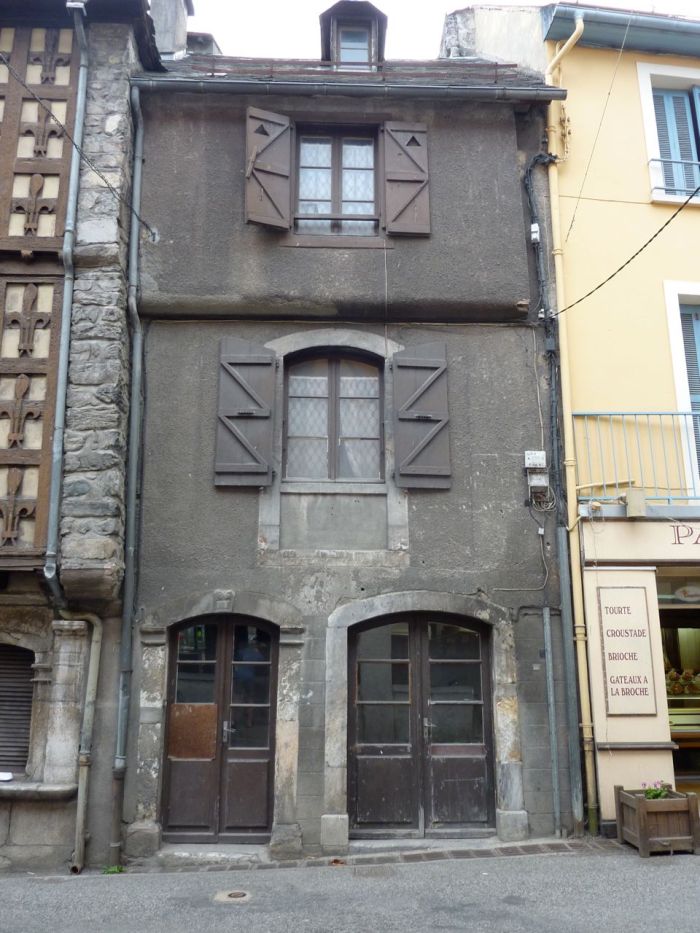 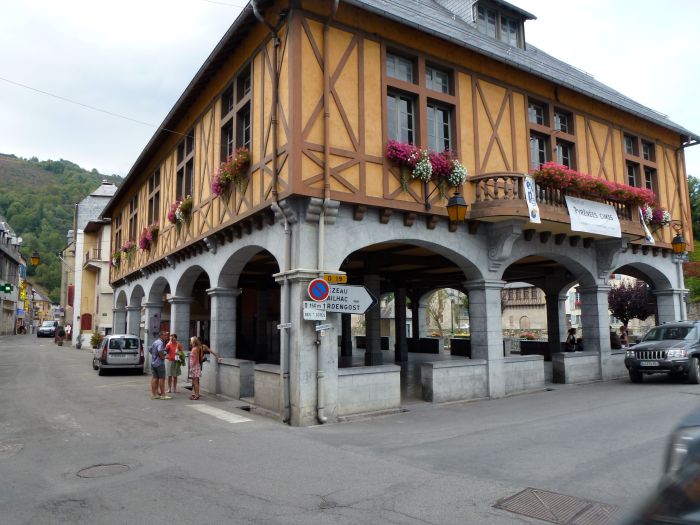 The Market Hall at Arreau