When we bought the tickets we did not realise which events we were going to, we were just glad to be going to the Olympics.  We got to the stadium while it was still empty and watched it fill up, peered up at the Goodyear Blimp, imagining men strolling about on deck with champers and cameras.

We saw Mo Farah win his second gold and Usain Bolt beat the world record with his teammates.  The roar of the 80,000 people in the stadium is something I will never forget.  You need to hear it live to believe it.  It sweeps round and round the stadium like a tornado, so that you can tell with closed eyes where the leader is.  Mexican waves swept up and down, gathering force or petering out, some meeting in the middle from opposing directions. 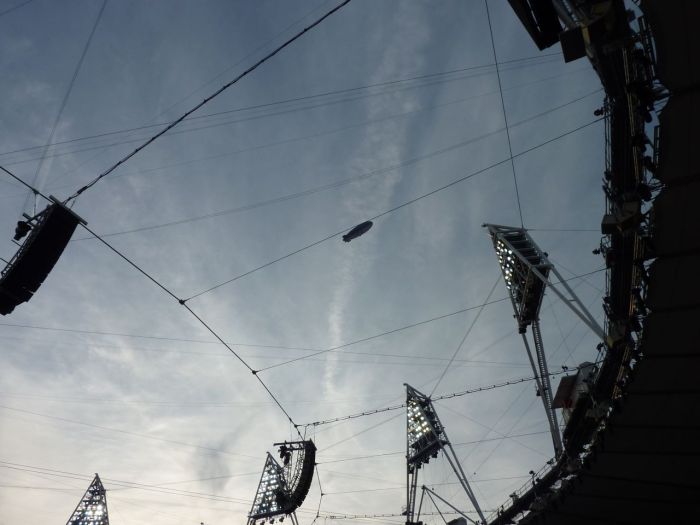 The Goodyear Blimp filming the Stadium 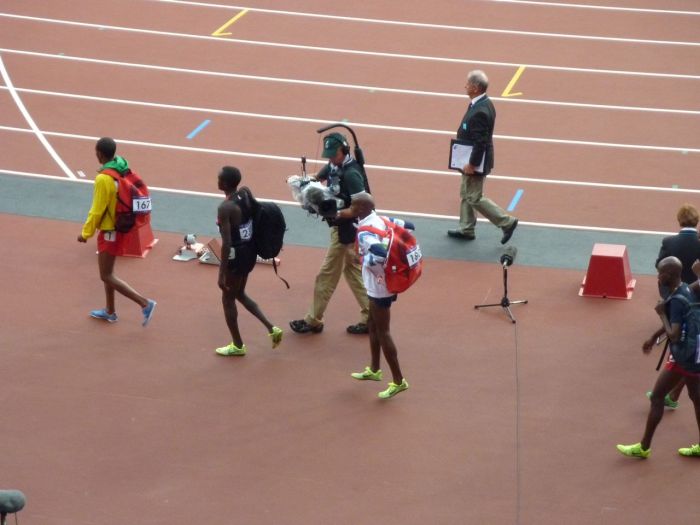 Mo walks onto the track

Mo speaks to the camera

Mo appears to be at the back seconds after the start 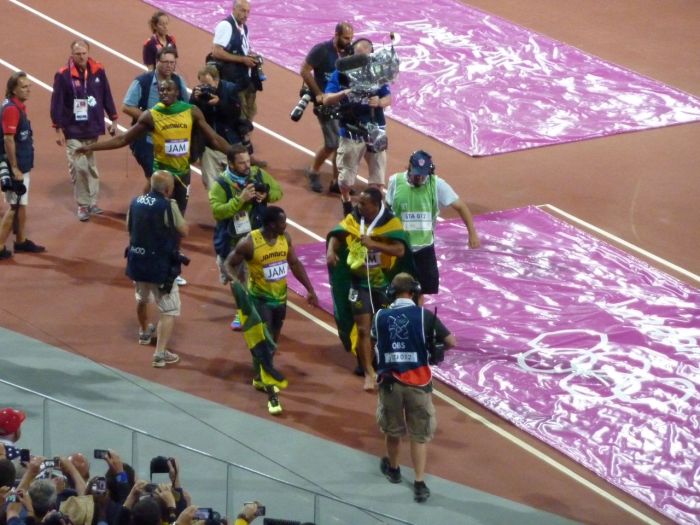 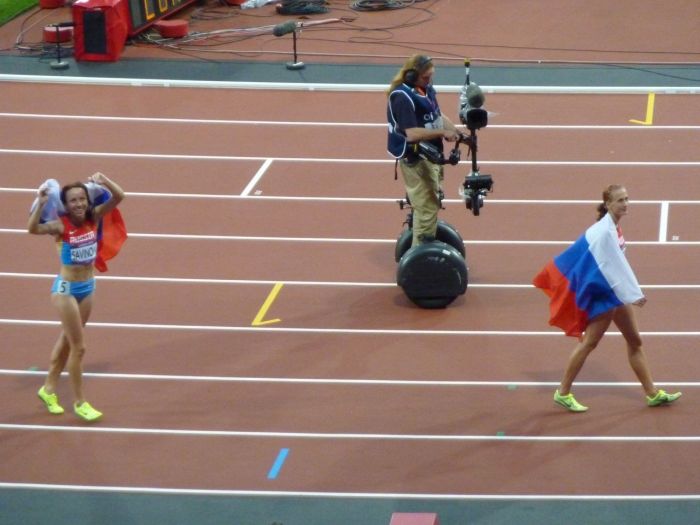 Mo Farah celebrates with the crowd 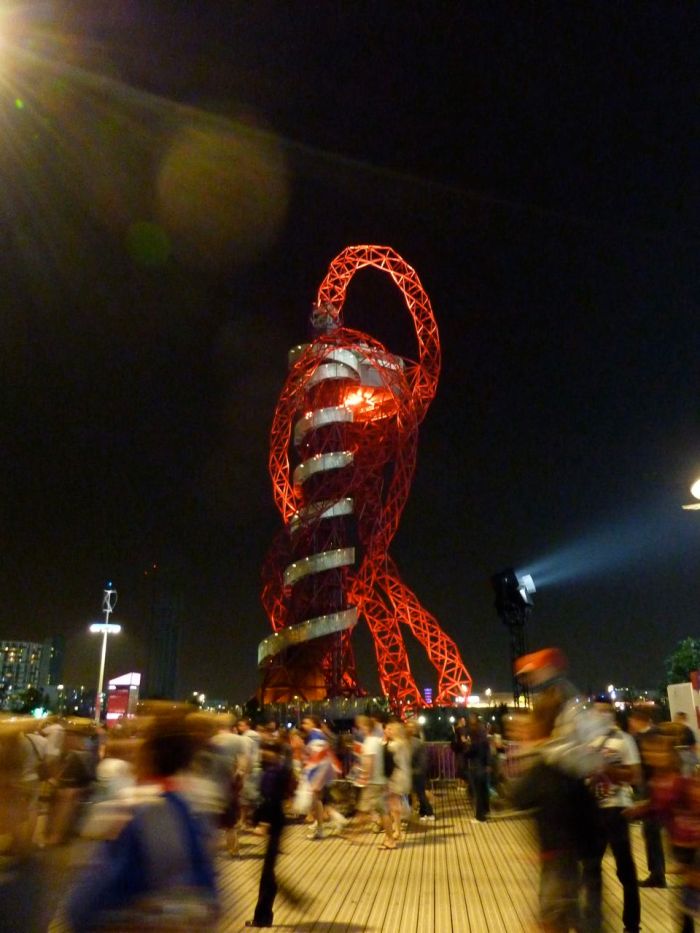 Crowds celebrate after the Golds 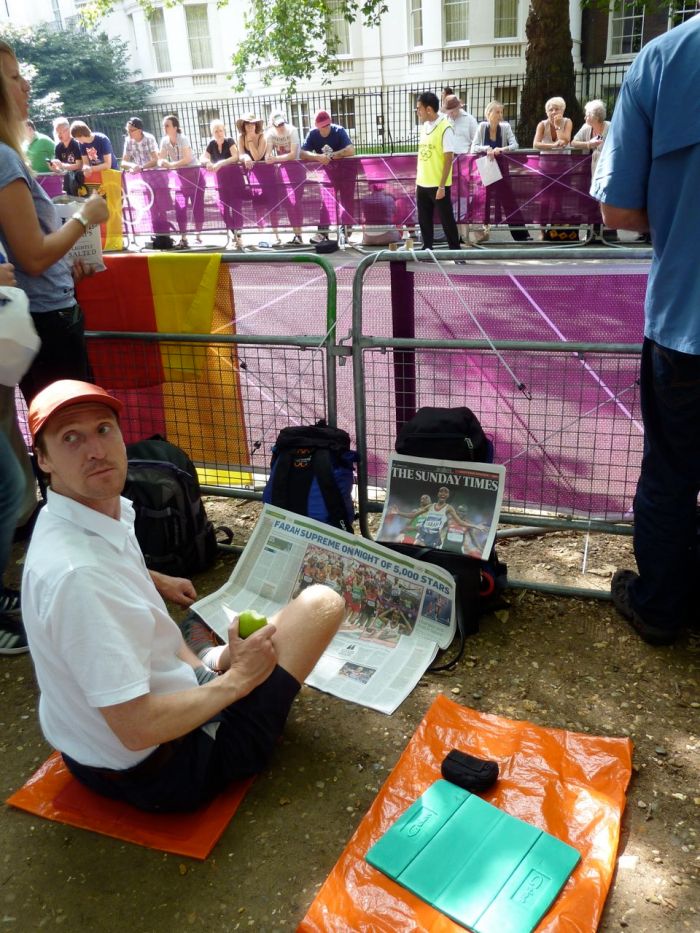 Waiting for the Olympic Mens Marathon 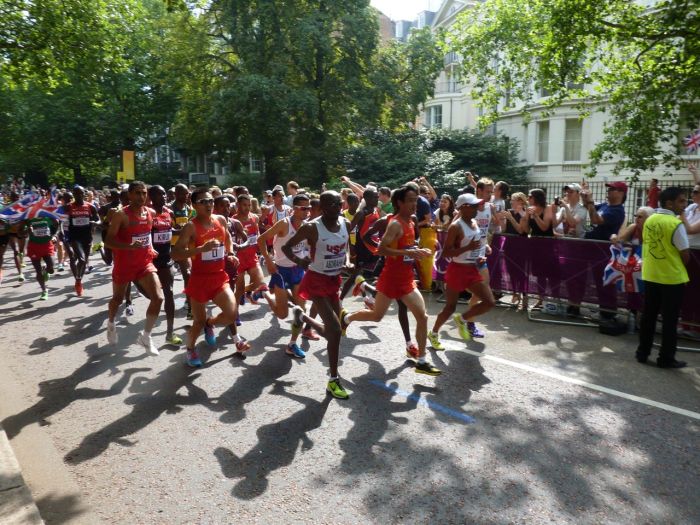 Spectators wait for the Mens Marathon near Big Ben