Cycle ride onto the Causse Mejean and up gorges of the Tarn. down the Jonte. 72k
We cycle up the Tarn first, North from Peyreleau, looking down into the shady depths to see how many canoeists were there and whether there are rapids. It looks great. After a coffee at Les Vignes, overlooking the river we wend Eastwards into the more spectacular and rocky part of the gorge all the way to Malene, another beautiful steeply pitched village with a bridge leading onto an outrageously hair pinned road. After Jim had found sandwiches and blueberry pie for a picnic, we start off up this road, which on some maps is marked with red dots, meaning very difficult. To us this means quiet, which is always good.

Hairpins have been engineered and the road goes at a very even gradient. When it levels off we know we are on the Causse, and this is a much less forested one with wide tawny views and small road winding between tiny isolated hamlets rising higher and higher until we are at 1050 metres and the wind is singing in the pines and blowing us along.

The landscape is subtle and wild. At Le Buffre, there are ancient houses, enormous allotments, friendly men working and a cross carved with imagery that looks as if it originated in the sixth century. Later we find out about it, and indeed it does and it is a noted monument. The cross is positioned on an ancient pilgrims way, leading from le Puy all the way to Santiago de Compostela, which crosses the Causse Mejean. It is known as the Croix de St Guilhem, dating from the Seventh Century, and is the oldest cross in this area.

At a high crossroads, Arven Armand show cave is straight ahead up a hill and we decide not to visit and turn left for a fantastic descent to Meyruis a very high town, past the tall gorges of the Jonte, and the spectacular Dargilan area. A fabulous road, and very quiet, fast and winding down and down until the small place of Les Douzes for ice cream. 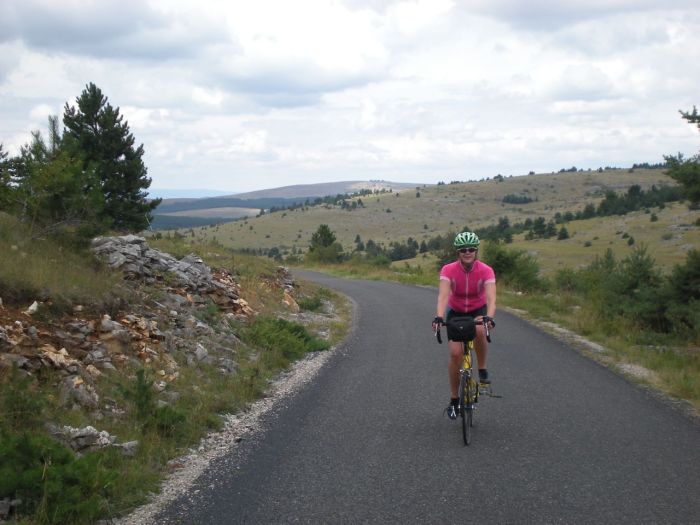 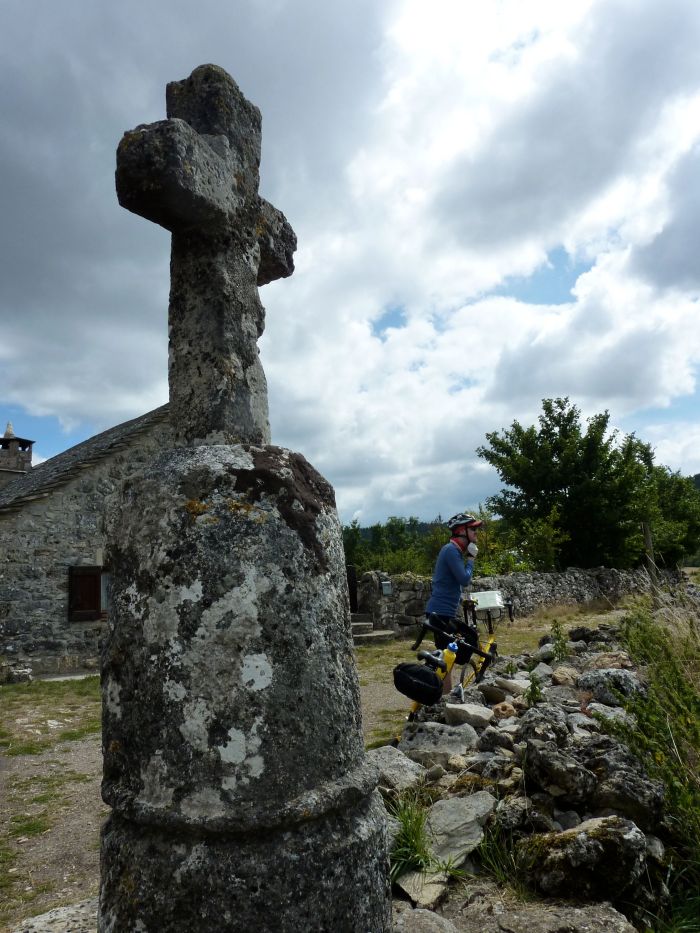 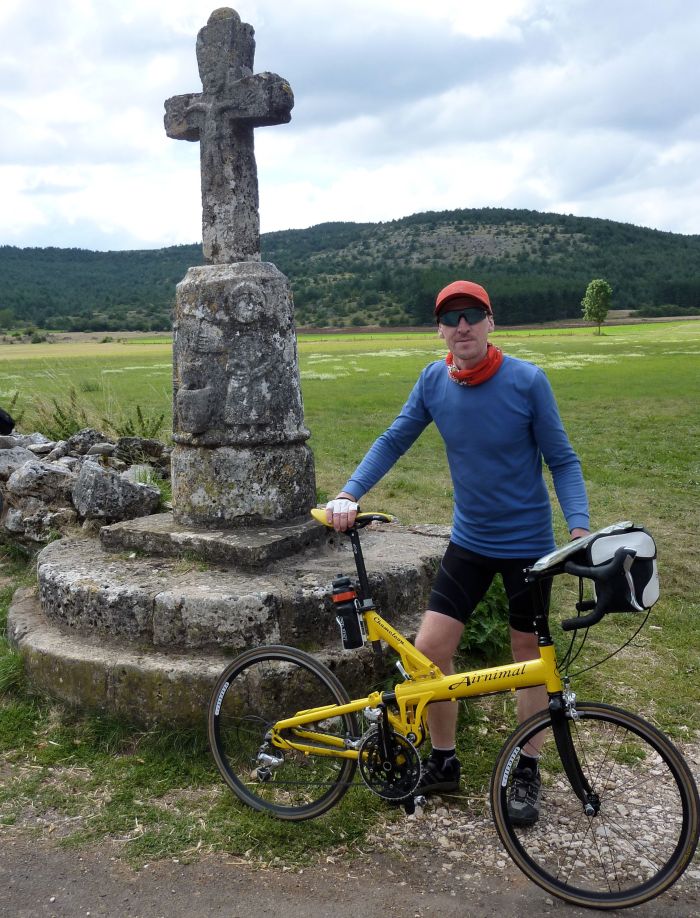 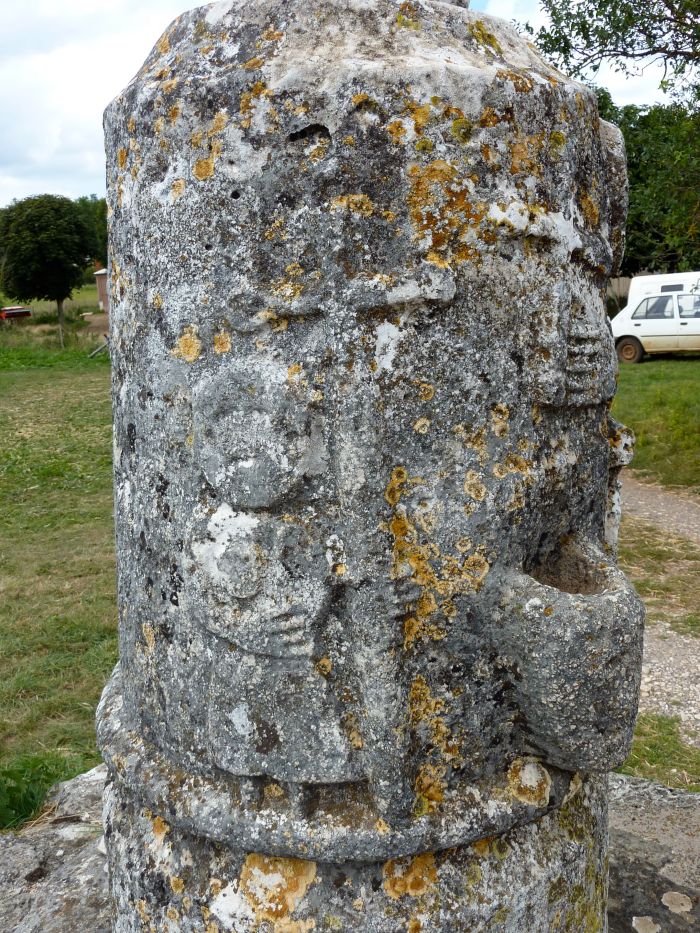