The sun is heating the tent by 6.30 am and when we get up we see the sky is a cloudless blue. Steps lead up up onto the cliff where the path leads us to the end of this remarkable feature several kilometres further along, – a giant horseshoe rock cliff, spectacularly high at this end.

Narrow paths lead us through moorland with rocks, bilberries, small pools all blue with the sky and quivering cotton grass.

A long section of birch scrub plateau before we arrive at the river Jokulsafjollum, the one that flows over the rock at Dettifoss so powerfully. Here we stop for a sandwich above the gorge, the red hills loom up next, pointed or rounded, bright red rock which seems to have been showered out across the surrounding land.

Strange, chaotic tangled heaps of rock now appear in front of us as we approach
Westerdalen. They are far more impressive and extensive from this angle, containing a wide variety of formations, types, textures, mostly all black. The site is a beautiful meadow with a tiny meandering stream and a car-free backpackers area which is the most magical part of the site. There are no fences or boundaries, and it is as if you are camping in the wild, the tents go on up the valley as far as they like to.

We put the tent up right at the far end in a flower meadow with butterflies and right next to the small clear stream. Surrounded by a low birch forest and flowers we observe the odd volcanic lumps on the skylines. We drag a picnic table over and after tea, a Swiss couple come to share it and borrow our cutlery as they have forgotten theirs. We are impressed by their gear as they are travelling extremely light and have such items as balloon beds and a very light tent. 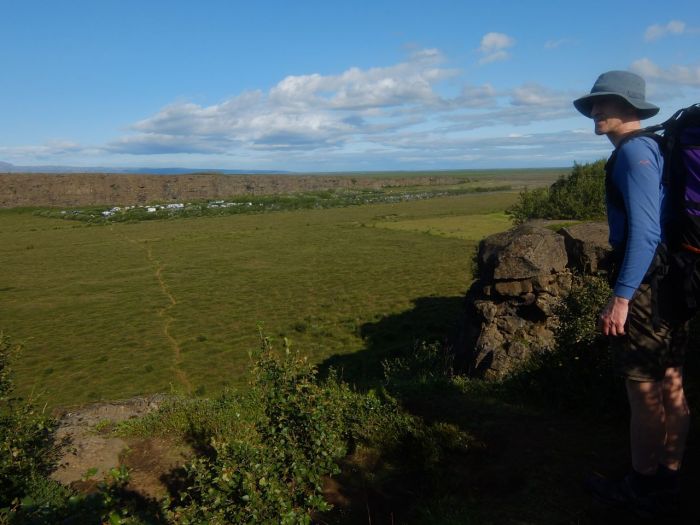 View of Asbyrgi Campsite sitting beneath the giant fault. We are walking along the cliff of the other side of the fault 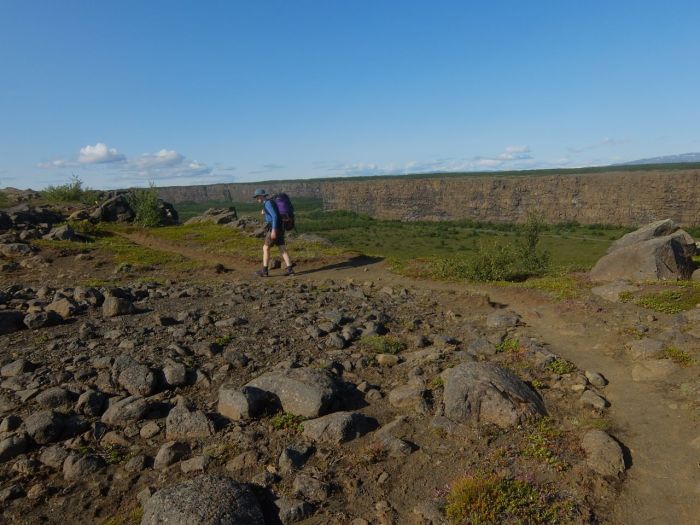 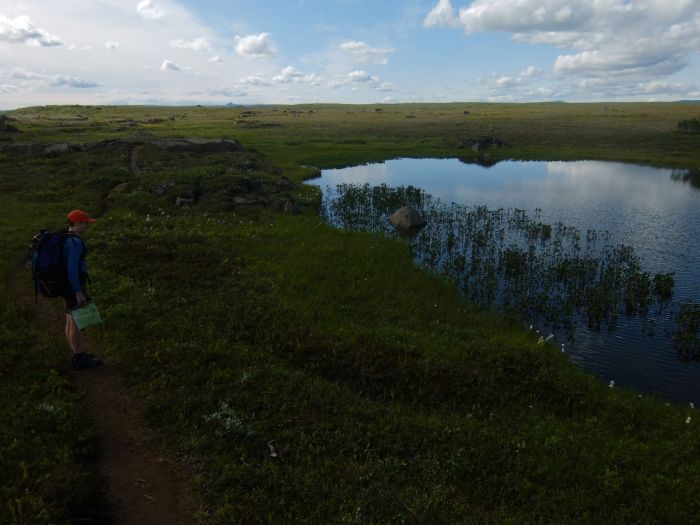 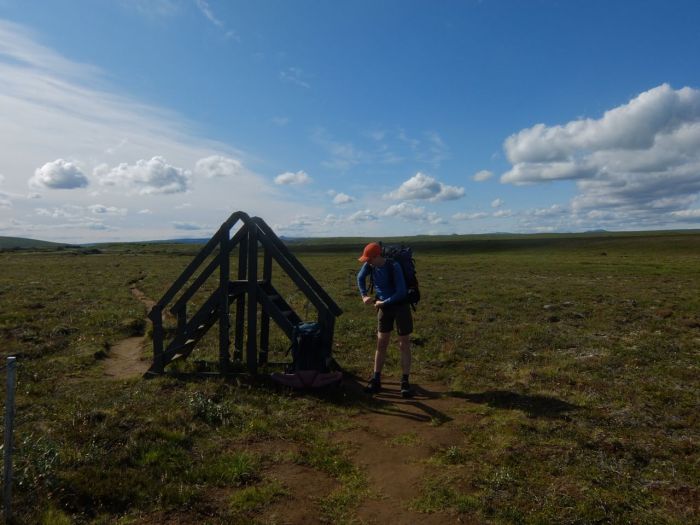 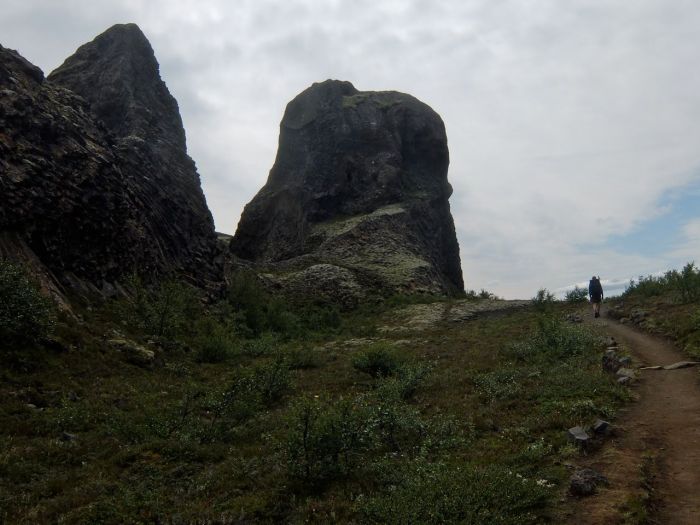 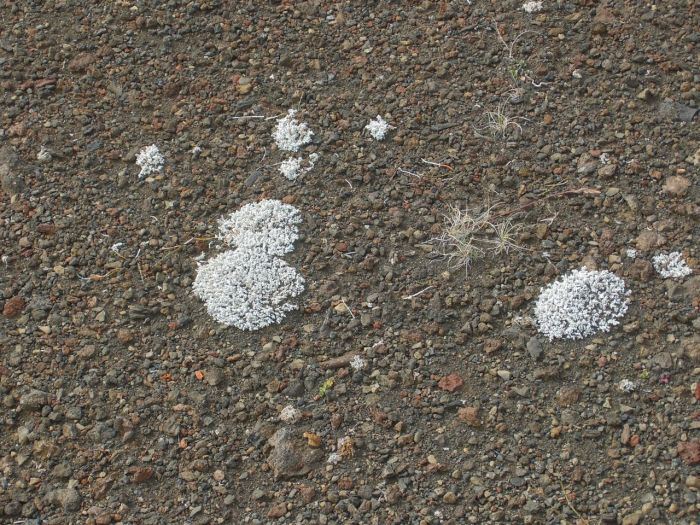 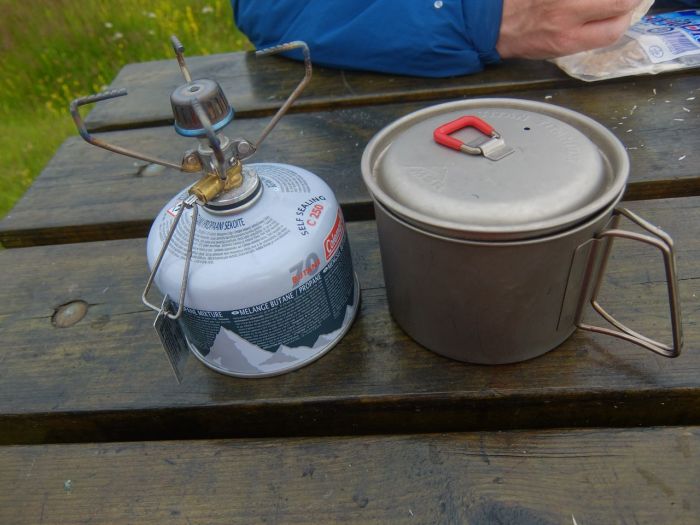 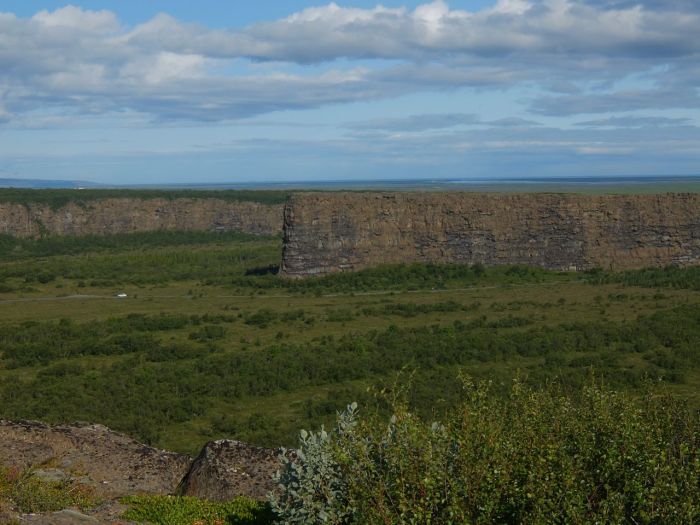