Hverfjall (also known as Hverfell) is a tephra cone or tuff ring volcano in northern Iceland, to the east of Mývatn. It erupted in 2500 BP in the southern part of the Krafla fissure swarm. The crater is approximately 1 km in diameter. Tephra has been carried from Hverfjall all over the Lake Myvatn area. A landslide apparently occurred in the south part of the crater during the eruption, which accounts for the disruption to the round shape of the mountain.

During the Age of Settlement, lava flowed from Svortuborgir, at the southern end of Namafjall, around Hverfjall, which was nearly engulfed by the lava. At the same time an eruption occurred in the slopes above the valley of Hlidardalur. The rim of the crater is only accessible by two paths, from the northwest and south. It is strictly forbidden to use other routes in ascent or descent.

The volcano sides are so grey and smooth without a single plant on them. At the top is a giant crater and a big view. We run down the soft black sand and continue through the lava to the lava church. Then finish the cycle ride and go to eat the the hotel bistro again.
During the night, I hear the calls of the great northern diver. So eerie and inhuman 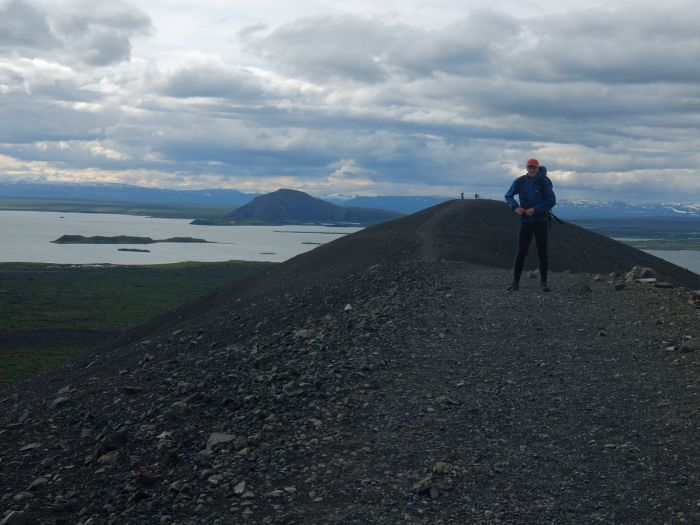 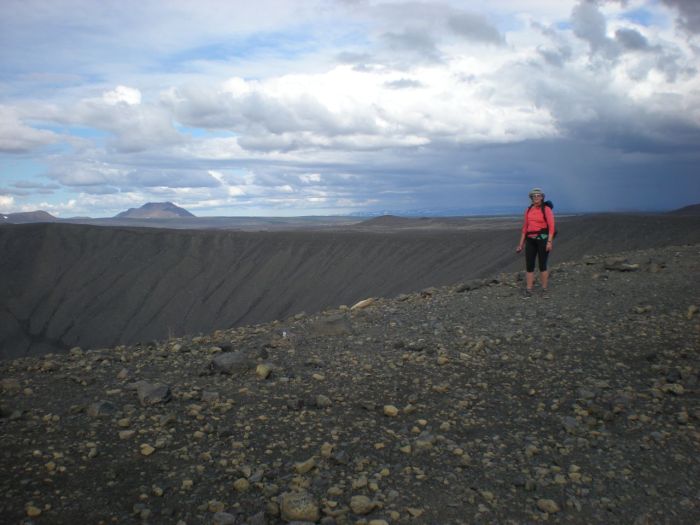